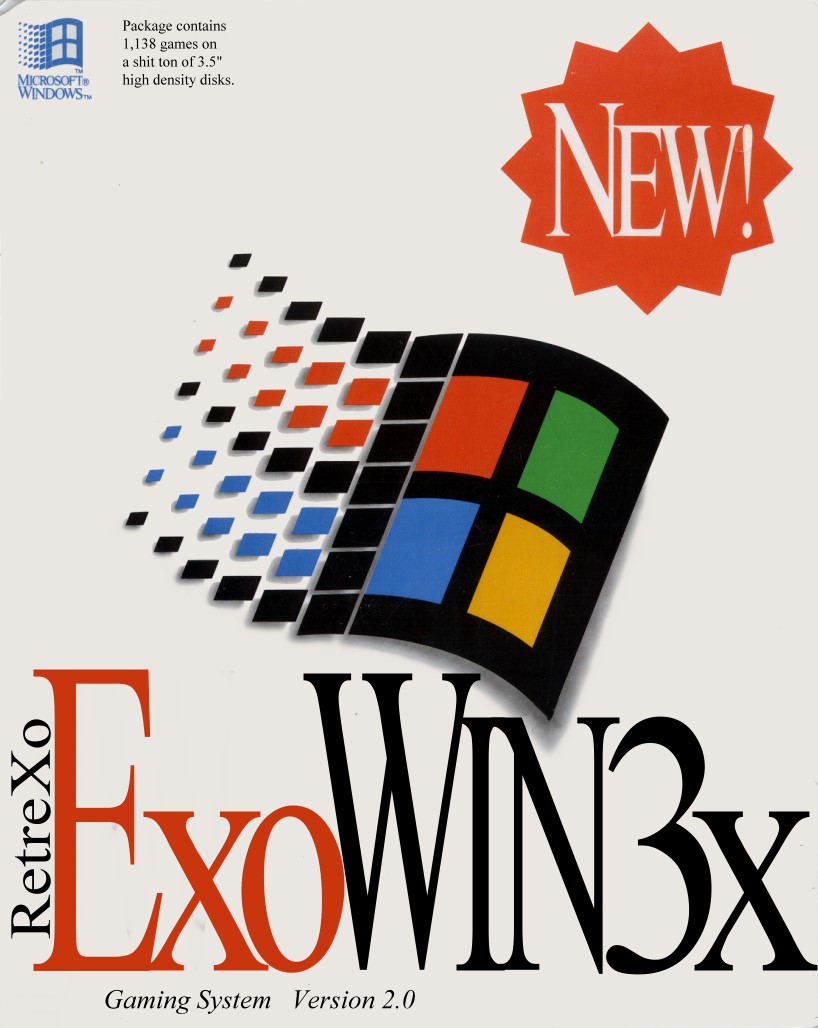 eXoWin3x is an attempt to catalog, obtain, and make playable games, edutainment, and various multimedia CD-ROMS developed for the Windows 3.x platform. We strive to find original media rather than using scene rips or hacks. This collection uses DOSBox to allow these older games to play on modern systems. Games supported by ScummVM give the user a choice between emulators. All required emulators are included and have been setup to run all included titles with no prior knowledge or experience required on the users part.

This pack includes 1,138 Windows 3x games. Windows 3x was an "operating environment" that ran on DOS. It preceded Windows 95 which was a proper operating system and did not run on DOS (although it had a DOS mode it could pass over to when needed). While Windows 3.x (the X standing for either 3.0, 3.1, or 3.11) ran on DOS, it was much more capable of running multi media content. As CD-ROMs were just beginning to become main stream at this time, this led to an influx of reference, productivity, educational, and FMV games released for the platform.

The focus of the main project is on games & MPC CD-ROMs that were either released in English or are fairly easy to play without a knowledge of their native language. This project is a bit different in scope from eXoDOS in that it extends beyond just games. This is primarily due to the fact that the variety of commercial releases for this platform were much more varied and much less preserved.

A core tenant to the eXo projects is preservation through playability. This simply means that by making games playable and presenting them in an easy to access format, this in turn encourages preservation by virtue of the number of people who acquire the project.
Due to the fragile nature of magnetic floppy disks and early hard drives, data stored to these media types 1980's and even the 1990's is becoming scarce. In the case of Windows 3.x, we have found a majority of it's titles to be uncatalogued on any source. Presumably, this is due to the nature of many of the titles being aimed at children or educational facilities such as schools.

The primary goal of Version 2 was to bring the project in line with the current eXoDOS projects. This includes LaunchBox support and using the existing file structure so that the projects can be merged together. Several games were added in this release however, and there were countless bug fixes.