eXoDOS is an attempt to catalog, obtain, and make playable every game developed for the MS-DOS and PC Booter platforms. We strive to find original media rather than using scene rips or hacks. This collection uses DOSBox to allow these older games to play on modern systems. Games supported by ScummVM give the user a choice between emulators. All required emulators are included and have been setup to run all included titles with no prior knowledge or experience required on the users part.

eXoDOS Version 5 includes 7,200 DOS games. The focus is on games that were either released in English or are fairly easy to play without a knowledge of the native language. This is not every DOS game ever made, however it is a very high percentage of all commercial releases. There are thousands of freeware, homebrew, and shareware games that will continue to be added in future packs.

A core tenant to the eXo projects is preservation through playability. This simply means that by making games playable and presenting them in an easy to access format, this in turn encourages preservation by virtue of the number of people who acquire the project.
Due to the fragile nature of magnetic floppy disks and early hard drives, data stored to these media types 1980's and even the 1990's is becoming scarce. Less than 3% of all commercial MS-DOS games are being made available in any form by their rights holder. In many cases, the games are are being made available have been stripped down and modified to run on modern machines. Video & sound drivers and even setup utilities are often removed. The goal of this project is to provide the original media 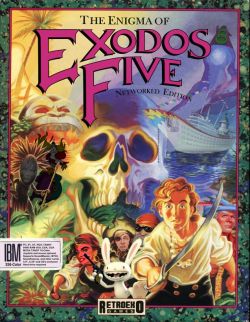